10-point plan by the European Commission and the IEA to reduce the EU’s dependence on Russian natural gas.

The measures implemented this year could reduce gas imports from […] The measures implemented this year could reduce gas imports from Russia by more than a third, with additional temporary options to deepen these restrictions by more than half while reducing emissions.

Europe’s dependence on imported natural gas from Russia became extremely critical as a result of the Russian invasion of Ukraine on 24 February. In 2021, the European Union imported an average of more than 380 million cubic meters (mcm) of gas per day by pipeline from Russia, or around 140 billion cubic meters (bcm) per year. In addition, approximately 15 bcm was supplied in the form of liquefied natural gas (LNG). The total volume of 155 bcm imported from Russia represented approximately 45% of gas imports into the EU in 2021 and almost 40% of its total gas consumption.

Progress towards clean climate ambitions in Europe will reduce gas consumption and imports over time, but today’s crisis raises specific questions about imports from Russia and what politicians and consumers can do to reduce them. The IEA analyzed and recommended a series of immediate measures that could be taken to reduce dependence on Russian gas while increasing the short-term resilience of the EU gas network and minimizing the inconvenience to vulnerable consumers.

A set of measures in the 10-point plan, which includes gas supplies, the electricity system and the final consumption sectors, could lead to a reduction in Russian gas imports of more than 50 bcm in one year – a reduction of more than one third. These figures take into account the need to refill European gas storage facilities in 2022, after low Russian supplies led to unusually low storage conditions. The 10-point plan is in line with the EU’s climate ambitions and the European Green Deal and also points to the results achieved in the IEA’s net zero emissions plan to 2050, in which the EU completely eliminates the need to import Russian gas by 2030.

This plan includes the following (points relevant to the GreenDeal4Buildings are indicated in bold):

The round table dialogue will focus on forming coalitions and consortia to implement concrete steps and projects leading to transition to clean energy in buildings and urban infrastructure, such as the use of heat pumps as a substitute for gas in domestic heating and hot water preparation, the use of green hydrogen in cogeneration units and heating plants, further electrification of transport, heating and hot water preparation using renewable energy sources. There is also a need to respond to the new requirements for the energy renovation of buildings, both in terms of the revised EPBD, but also in terms of new priorities and requirements arising from the REPowerEU plan, which will be developed by the European Commission in cooperation with EU member states. The round table will contribute to the European debate with own proposals.

Point no. 10 is also important. It is also related to clusters E3 (Energy Services for Consumers and SMEs), E2 (Consumers in Energy Markets) and S2 (Supporting Implementation of Innovations by SMEs), which deal with data-driven energy services, integration of energy sectors and contributing to flexibility necessary for integration of variable renewable energy sources (VRES) and expanding their use at utilities’ level and facilitating investments in VRES at consumers’ level. VRES (variable renewable energy sources – mainly solar and wind) and electricity power will demand flexibility if interlinking. It is because generation output by these resources is governed by environmental conditions and is generally not able to respond to changes in demand. Therefore, if interlinking with electricity power, flexibility is needed to balance the demand and grid capacity to supply the needed power. Considering the growing demand for utilising VRES for decarbonisation, building up large scale flexibility in the energy systems is a key effort in the European Union to meet the climate change mitigation goals agreed at the Paris Conference in 2015 and to achieve the goal of Climate Neutrality by 2050. The necessary Slovak legislation, which introduces a new design of the electricity market, is to take effect from 1 January 2023.

At the same time, the large-scale flexibility leads to higher demand elasticity and therefore lower price will result in the market . This is particularly critical for dealing with price hikes such as the skyrocketing natural gas prices we currently experience in the energy markets and the resulting record-breaking surge in energy prices that threatens to derail the post-pandemic economic recovery and strain households’ incomes. The current events have shown that the power system needs to have alternative to carbon-based energy sources. “The irony is if we had the Green Deal five years earlier we would not be in this position because then we would have less dependency on fossil fuel natural gas.”[1] [1] Frans Timmermans, Statement by the Vice-President of the European Commission to the European Parliament on the current gas price crisis

Never before have the arguments in favour of a rapid transition to clean energy been as strong and convincing as after Russia’s invasion of Ukraine. The EU imports up to 90% of its gas consumption, with Russia providing more than 40% of the EU’s total gas consumption. 27% of oil and 46% of coal are also imported from Russia. 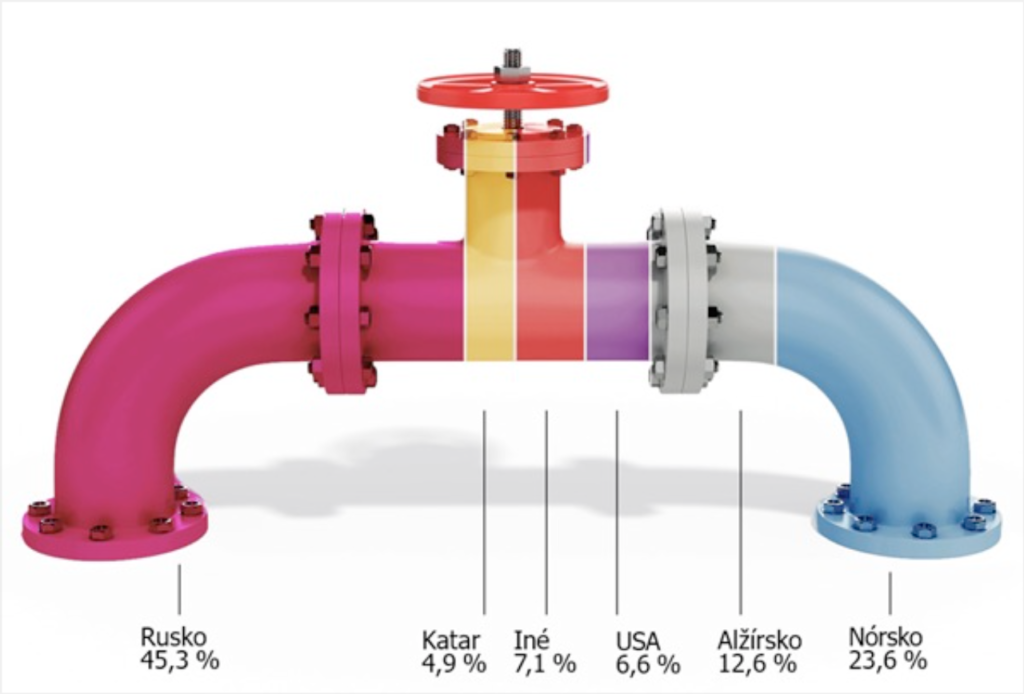 The EU must be prepared for any scenario. It can achieve its independence from Russian gas before the end of this decade. The sooner and sharper the supply diversification, the faster the introduction of green energy technologies and the lower the need for energy, the more Russian gas can be replaced. The REpowerEU introduces new measures to increase green energy production, diversify supplies and reduce demand, focusing in particular on gas, which has a significant impact on the electricity market and for which the global market is less liquid. The scope can also be extended to phasing out dependence on Russian oil and coal, for which the EU has a wider range of potential suppliers. These measures are based on the above-mentioned 10-point plan, which was prepared on the basis of IEA recommendations. REpowerEU further develops them and sets out the specific measures to be implemented by the European Commission in cooperation with the Member States.

The Commission is ready to work with Member States to develop a REPowerEU plan by the summer, which will support the diversification of energy supplies, speed up the transition to renewable energy and improve energy efficiency. This would accelerate the phasing out of Russian gas imports as well as fossil fuel dependency, which is the best insurance against price shocks in the medium term, as it would accelerate the EU’s green transformation, with a special focus on cross-border and regional needs. The need for greater security of supply gives new impetus to the objectives of the Europe Green Deal.